We spent several years (with much patience, care and dedication) in the making of these two unique Black Metal albums for vinyl 2xLP format. And due to the special nature of the extended version of “II”, this will also have a 2xCD issue of its own.

As most of you know, this is the continuation of the collaboration we had with the vinyl release of “Gnosis” back in 2016.
Both albums have been remastered in New York by Colin Marston (Krallice, Gorguts, etc.) of Menegroth Studios, and we have a special treat for listeners of “II“, since Ayloss has recorded bass guitar for this album, which was absent from the original recording, and done some extra post-production work.
The addition of bass lines in “II” changes the whole album’s atmosphere and depth. It’s not just listening to an enhanced recording, but a complete different experience on itself.
As if that was not good enough, both the 2xLP and the 2xCD versions of “II” will feature an unreleased track from these sessions, which was found along the process: “Penumbra“. 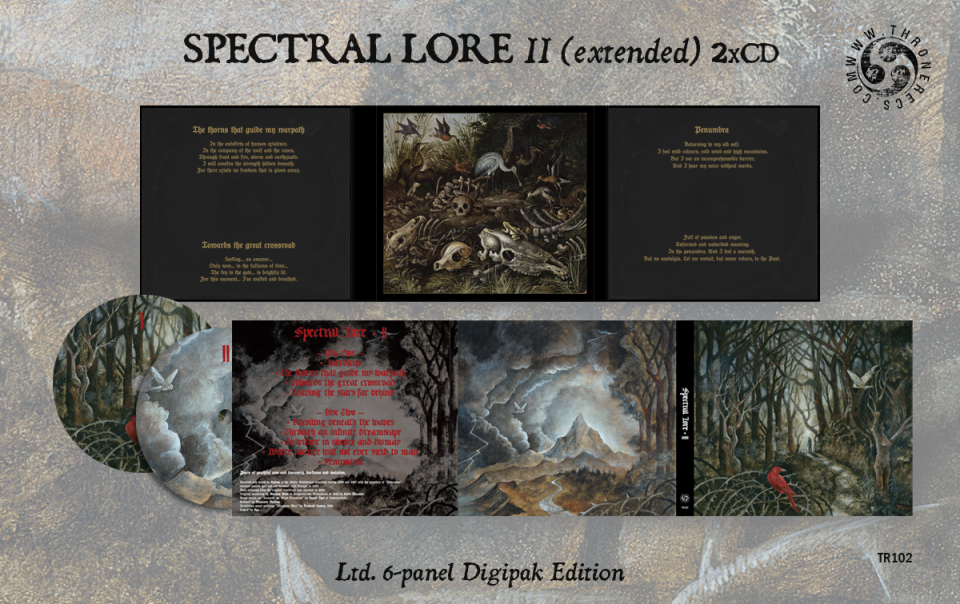 II is Spectral Lore’s first “real” album in terms of length and ambition, while Sentinel is Ayloss’ first strong effort in terms of production and efficiency. 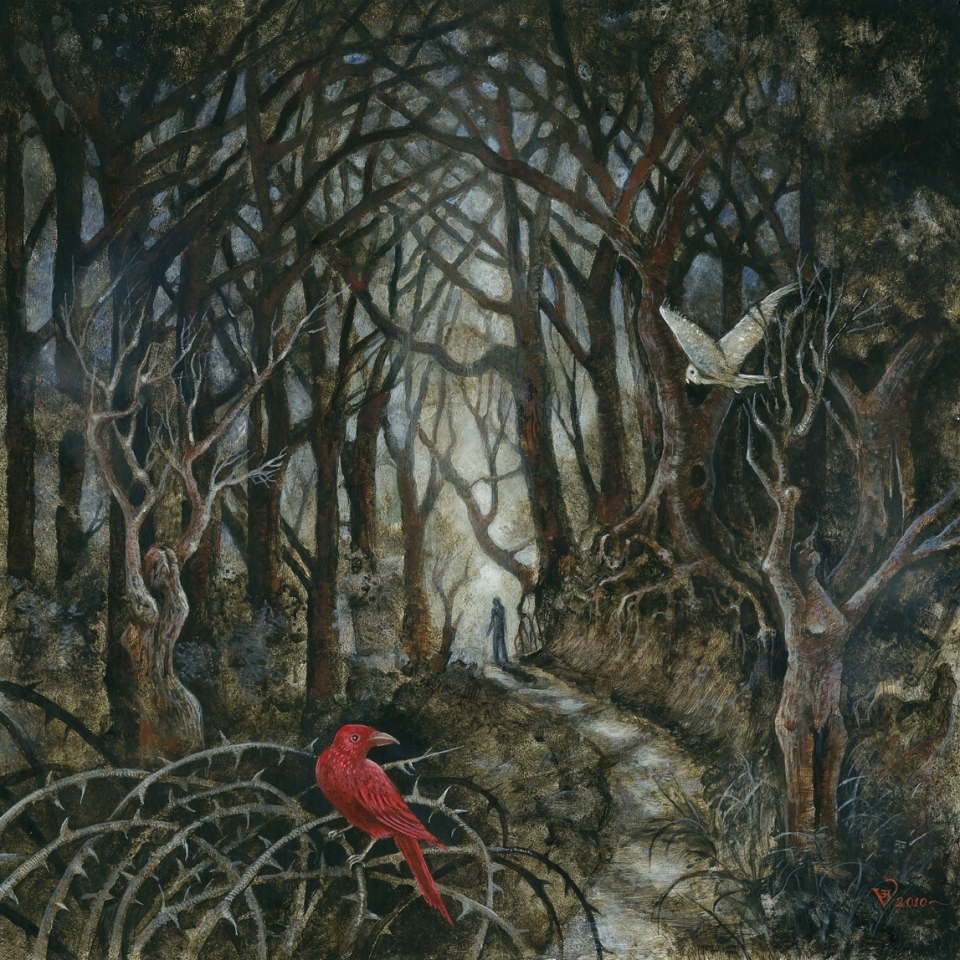 II represents the first, if a little bit premature version of the Spectral Lore sound that was achieved by introducing more Metal elements into the experimental Ambient Black Metal sound of the debut.
In II the two elements of Metal and ambience are in a perfect balance, not making completely clear at any point if you’re listening to a Metal or an Ambient music album.
Also, II features the first really progressive and ambitious Spectral Lore composition, “The Thorns that Guide my Warpath“, which is one of Ayloss’ favourite up to this day.
For this vinyl issue of II we will be able to present the original Vierling‘s paintings at full size’s magnificence. 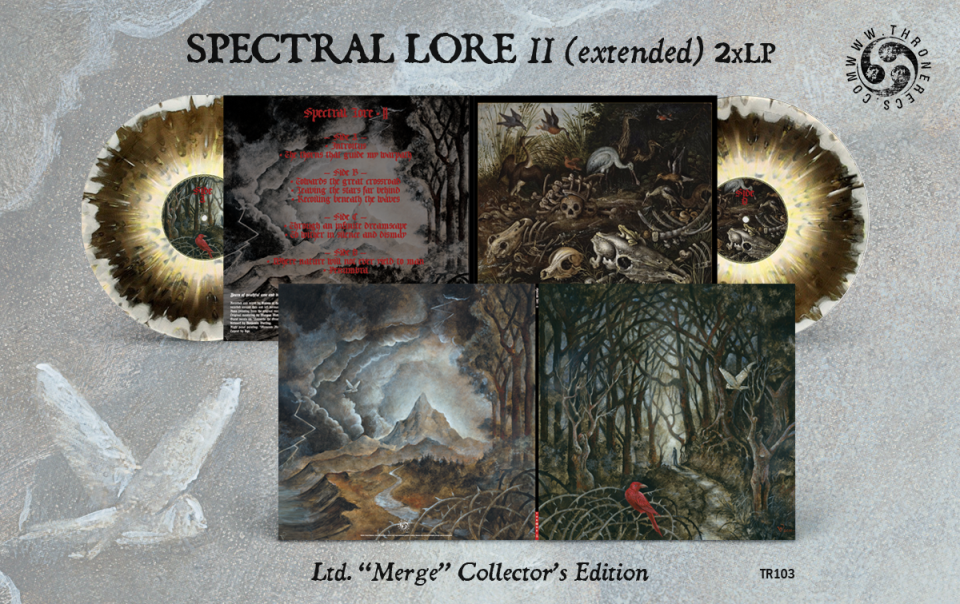 Sentinel is an album that Ayloss would have been released with a different name yet undecided (at that time) to keep every facet of his creativity under the moniker of Spectral Lore.
Sentinel is the first album in which the artist unfolded his personal version of what “true” Black Metal is, meaning a warrior-like album that delved into aggressive darkness and dissonance.
It was supposed to present the Spectral Lore sound in its extremes, hence the 30 minute Ambient song in the end.
By separating the elements, Ayloss focused on exploring them in a more monochromatic way. During the course of the album, there is a noticeable course from dissonance to consonance and from oppressive darkness to an epic, triumphant feeling that culminates in “My Ascension into the Celestial Spheres“.
Lyrically, it is a coming of age story in a cosmic level that ends with finding a clear transcendental purpose out of life. 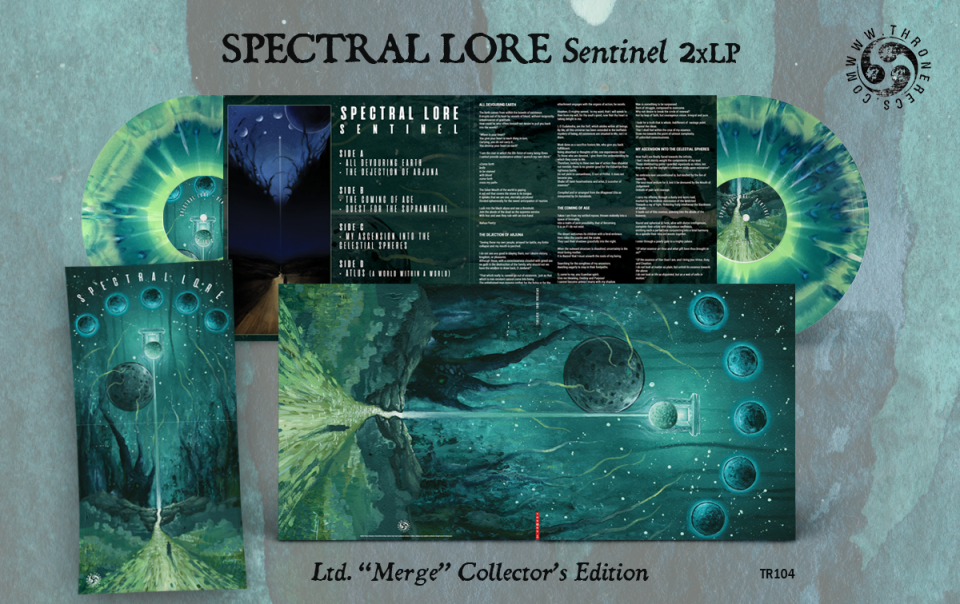 These two 2xLPs and 2xCD will be released at the same time after the summer of 2021.
If you wouldn’t like to miss on these limited releases (and their different variants) you can sign up for the Throne’s mailing list (here) or by liking the official Facebook site (here).